Forgotten Bigfoots Around the World - a New Book

Everyone has heard of the bigfoot, or sasquatch of North America, but it is not so well known that reports of similar beings exist in every continent except Antarctica. Ivan T. Sanderson did a fairly good job of summarising the evidence in his 1961 book, Abominable Snowmen: legend brought to life - though even he managed to miss the yowie of Australia, one continent where such animals definitely should not exist. Now I have published a new book on the subject - in both paperback and e-book editions, and available through Amazon - to provide information otherwise unavailable to the average Anglophone reader. 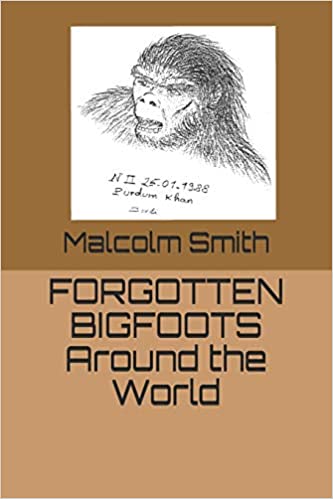 Forgotten Bigfoots Around the World is not intended to be comprehensive; it is not an update of Sanderson's work. Rather, it is a compilation of reports on specific regions, culled from out-of-the-way, difficult to access journals, and mostly in foreign languages, which I have translated. Although I would never be proficient enough in French or Spanish to serve as a professional translator, I am confident that the purport of the original texts has been preserved. In fact, if it occasionally appears a little bit stilted, it is because no two languages express the same idea in the same way, and I have favoured accuracy over elegance.
The longest sections are the detailed reports of Dr. Magraner on his investigations in the Chitral district of Pakistan, which effectively proves the existence of the yeti, followed by Dr. Koffmann's lengthy summary of her investigations in the Caucasus. These two translations take up the first half of the book.
After that, you will read of mysterious sightings in Europe (of all places!), Central and Southern America, and Africa.
Have a good time with it. It will open your eyes. And remember: this is really only the tip of the iceberg.
Posted by Malcolm Smith at 01:21